I decided to built an automatic failover in case our internet or even the an entire site goes down, which is a wickedly complex problem. There is two-way redistribution between MPLS (which connects both sites) and our private link which runs EIGRP (obviously connecting both sites).

My solutions involves:
* Each gateway router running EIGRP has a default route based on a tracker. The trackers on each are a ping-check every 3 seconds to a public IP, which is forced (with a /32 static route) down a specific interface.
* Each gateway injects their default route when available into EIGRP with a route-map to set the default-route to a different value. The DR site's default-route adds 1,000,000 to the metric so no routers will use it. That number will vary based on the complexity of your company's topologies.
* Each BGP gateway router injects EIGRP routes into BGP with a route-map. That default route at our main site is set at metric 50 (remember, BGP's metric winner is lowest). The DR site prepends the local AS-number a few times to make sure it is a less desirable option than the primary MPLS site, and will only be used if the primary is down.

An internet connection failure can be simulated by shutting the loopback that's IP'd 8.8.4.4 on either ISP router.

The topology requires many of the elements in our production network, so it's more complex than usual - 19 routers. 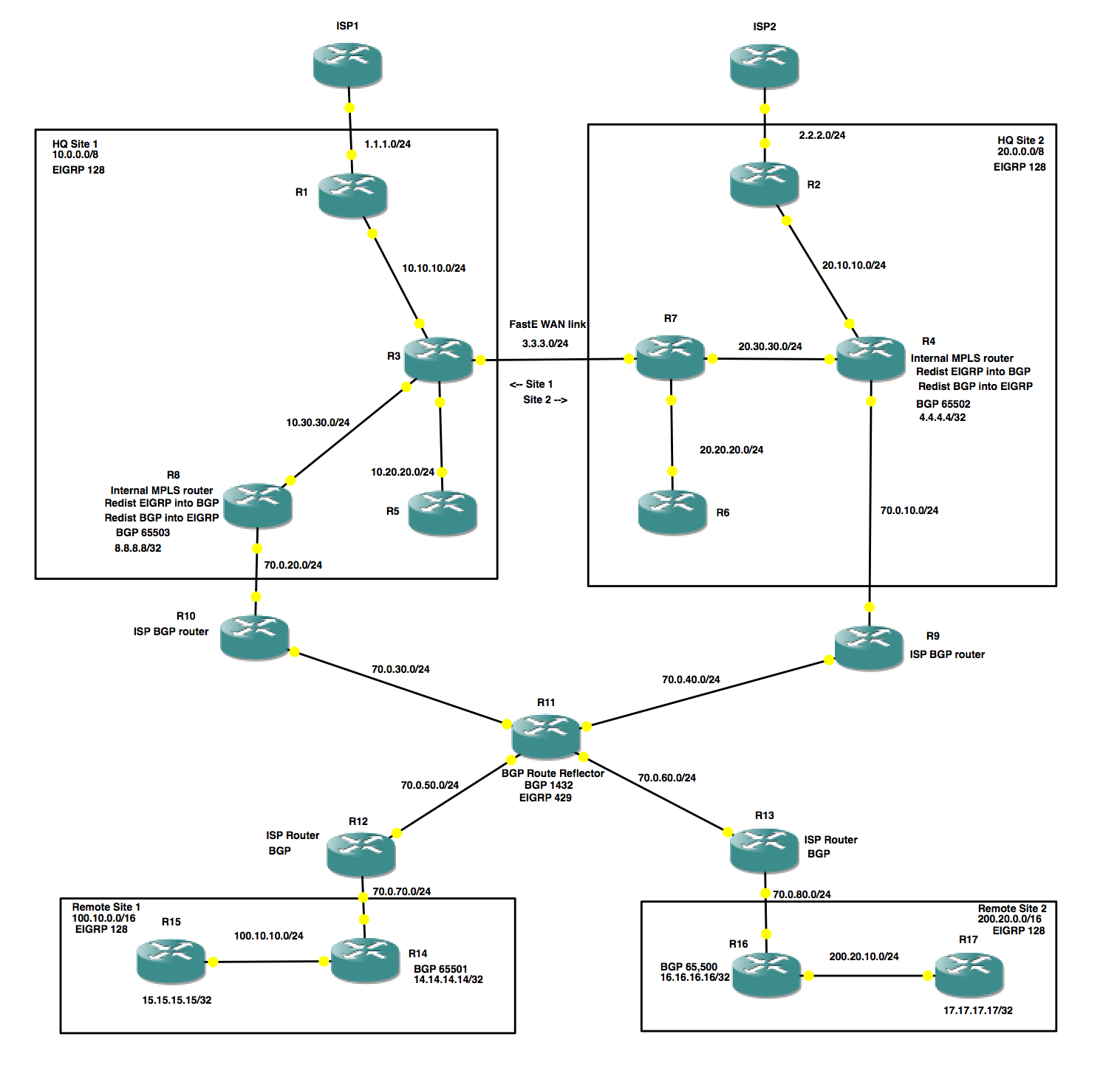