This lab covers IGMP and PIM sparse-dense mode. I didn't delve much into sparse-mode and dense-mode PIM because they're all so similar -- a simple designation of mode, and they're configured. The main difference is whether the system assumes all nodes want the traffic (dense mode) or whether they assume everyone doesn't want the traffic (sparse-mode). Sparse-dense is an extension of PIM that allows a node to adapt to the group which it joins -- it defaults to dense mode but if a RP is known or configured for a group, it switches to sparse mode.

I also configured auto-rp, so all nodes will automatically learn the address of a route-point, and redundancy can easily be built into the system. This required one node to be configured to enter its candidacy for RP (or as many nodes as you want), and at least one rp-mapping agent. This agent doesn't have to be a RP candidate, and there can again be multiple configured. It'll listen for candidate RPs and advertise those to the regular members of PIM who are listening for information from them. You can learn more about Cisco sparse/dense/sparse-dense mode here: http://goo.gl/ZBZyoY 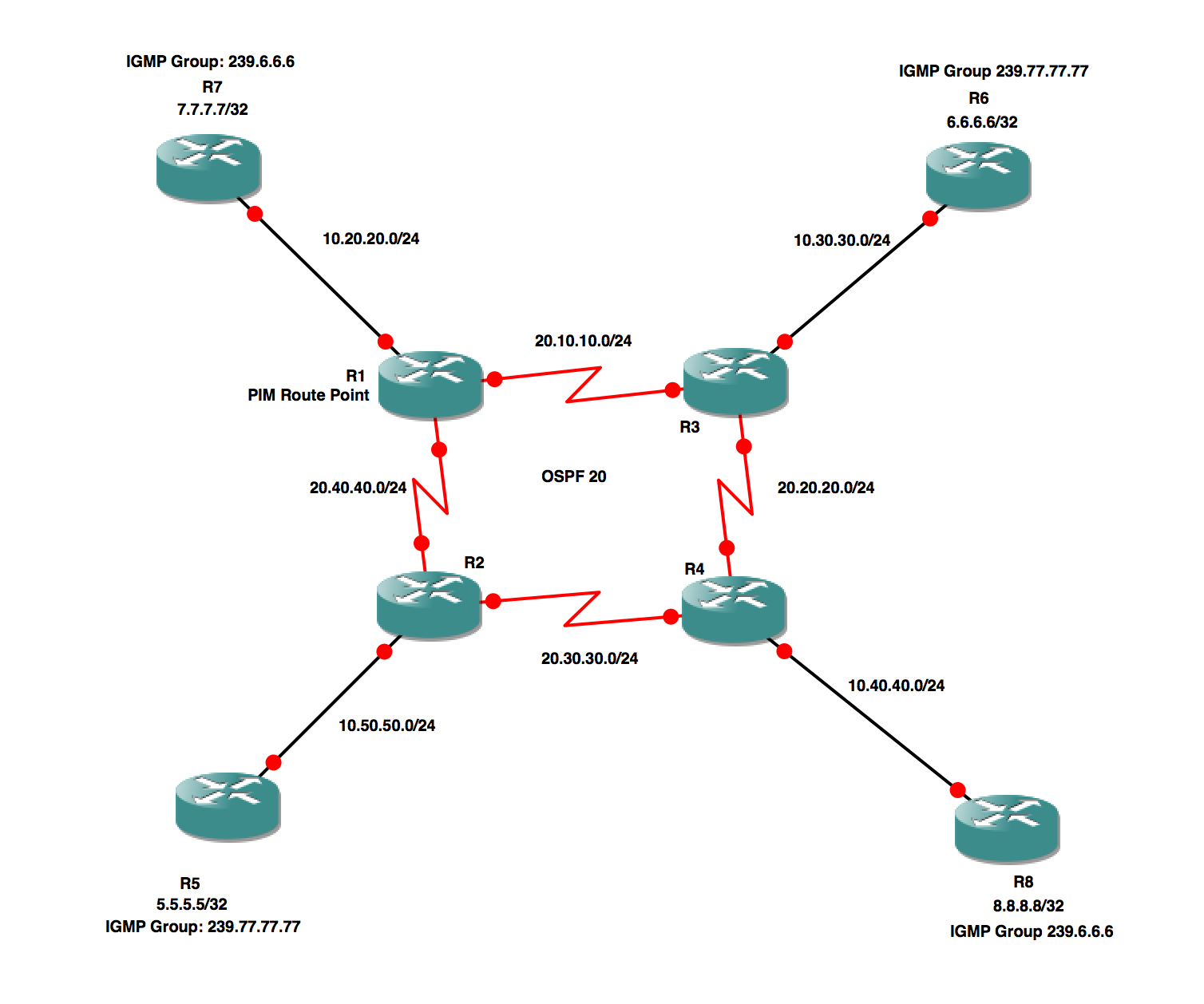 Posted by Kyler Middleton at 2:27 PM